Every day more people are doing it. But why? Learn all about it.

CBD is one of the more than hundred cannabinoids.

Cannabinoids got their name because they were only found in cannabis plants at first. Later on it was discovered that cannabinoids also exist in other plants and even in the human body. Each cannabinoid has its own unique effects.

Most of our products contain multiple cannabinoids, of which CBD is the main one. You will not get high or stoned from our products, as these cannabinoids do not cause any intoxication. Industrial hemp is used in manufacturing our CBD products. Industrial hemp belongs to the cannabis family but barely contains any of the cannabinoid that causes intoxication. Therefore you can consume our CBD products and still do all the things you would normally do, like working, studying and partaking in traffic. 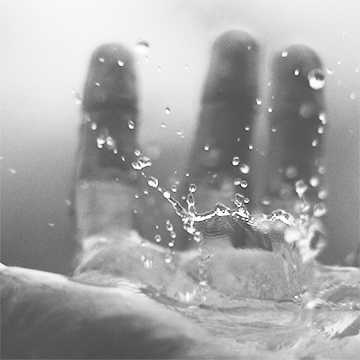 What are the effects of CBD?

Many people, with different ailments, are benefiting from the use of CBD. In addition to that, these people typically notice very little to no side effects. Many scientific studies on CBD have been performed already and many possible uses have come to light. However, at the current time, CBD is not an officially registered medicine for most ailments and diseases, so it’s not allowed to make any medical claims regarding CBD. We can say that in general CBD supports the functioning of the immune system.

In recent decades scientists discovered that cannabinoids can not only be found in plants but also in humans. Cannabinoids produced by the body itself are called endocannabinoids. Research has shown that endocannabinoids are involved in many important physical processes, like the regulation of appetite, energy, metabolism and sleep. Endocannabinoids also play a vital role in various psychological processes like those of stress, emotions, pain and memory.

What are the components of CBD oil?

CBD oil consists of a hemp extract and a base oil. When we look more closely however, there’s more to be said about the components of CBD oil.

The same can be said about terpenes, which give hemp plants their specific aroma and taste. Like cannabinoids, terpenes have their own effects as well as a similar synergistic effect, enhancing the beneficial effects of CBD and other cannabinoids. All these synergistic effects combined are what we call the entourage effect, which is the big advantage of a Full Spectrum CBD product.

Our base oils are not chosen at random. Health benefits are attributed to both hemp seed oil and black cumin seed oil (Nigella sativa), which both contain lots of essential fatty acids.

Warning
Do you have an allergy to black cumin (seed)? Then avoid using CBD oil based on Nigella sativa (black cumin seed oil).

How do I use CBD oil?

Store your product in a dark place at room temperature. Shake well before use. Our CBD products have a shelf life of one year, the expiration date is on the bottle.

With your product you will also find a leaflet, read the leaflet for more information.

How do I dose CBD oil?

Effective doses can vary vastly depending on the specific use. To suit every individual’s specific needs we decided to offer a broad range of products that cover various concentrations and packaging sizes.

Our standard dosing advice is to take 0.25 ml under the tongue, 2 to 3 times a day. We give the same dosing advice for all of our products. We do this because we assume that our products with higher CBD concentrations are consumed for uses that require a higher dosage of CBD.

CBD oil is a safe product, the vast majority of consumers don’t experience any side effects whatsoever. This means you can safely increase your dosage. Do not exceed the maximum dosage of 160 mg however, as higher doses are considered medicinal.

-i
Discover all products